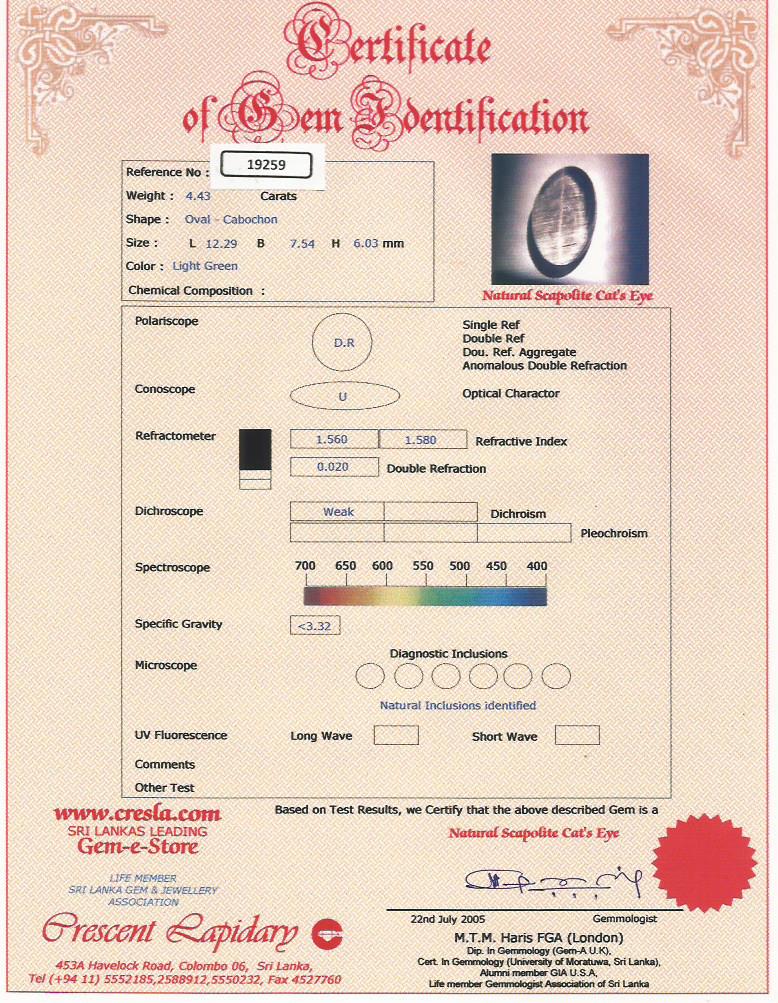 100% Natural - Not treated in any way.
Rare Collectors Gem.
Suitable for Museums,Institutions and Students of Gemology.
Will make a Gorgeous Ring or Pendent accented with Diamonds.
Gem with High Luster and Good Clarity.
Large Sizes are Extremely Rare.
A Gem of Lasting Beauty.

Rarely some Scapolite displays chatoyancy and are cut en-cabochon to cats-eyes, comes mostly Yellow, Brown or colorless – a collectors gem.Scapolite is a common mineral, and its typical habit is in opaque and uninteresting forms. However, several unique localities provide gemmy transparent forms of this mineral, which make a rare and pretty gem. However, despite its lovely colors, Scapolite has been limited from becoming a more mainstream gemstone due to its relatively low hardness.