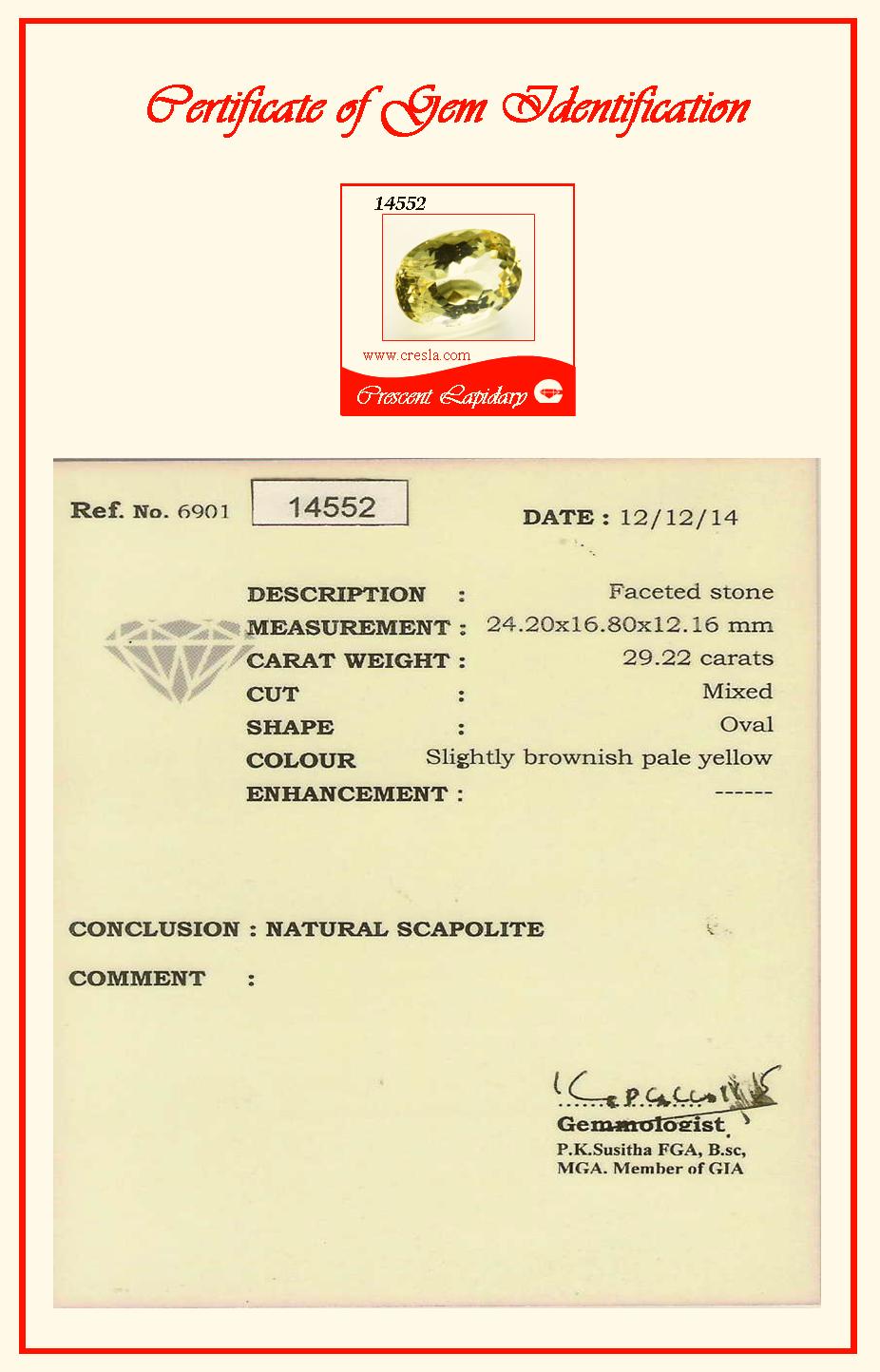 100% Natural - Not treated in any way.
Rare Collectors Gem.
Suitable for Museums,Institutions and Students of Gemology.
Will make a Gorgeous Pendent accented with Diamonds.
Gem with High Luster and Good Clarity.
Among the Rarest of gemstones.

Scapolite comes mostly Yellow, Brown or colorless.Faceted scapolite material is similar to quartz in appearance.Scapolite is commonly a mineral of metamorphic origin, occurring usually in crystalline marbles, but also with pyroxene in schists and gneisses. The long slender prisms abundant in the crystalline marbles and schists in the Pyrenees are known as dipyre or couzeranite.